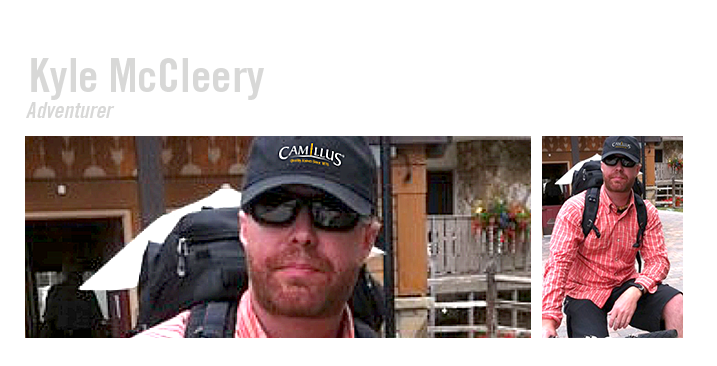 Kyle has been driven by adventure all of his life. As a child, he spent his summers fishing the mountain streams of New Mexico and Colorado or hunting in the desert landscapes of his native state of Texas. After high school, Kyle was exposed to climbing, not so much as an activity, but more as an all-encompassing lifestyle and community that resonated within him and changed his life. He spent his 20’s on the road exploring and climbing across the United States and abroad, much of that time living out of the back of his truck or a tent for weeks at a time, setting up long term make-shift camps with fellow climbers.

Kyle views climbing as an adventure and lifestyle choice, not a sport. Once, while on a trip to Yosemite, he was approached by a tourist who wanted to know more about climbing, and near the end of the conversation, she told him that it seemed like a really dangerous activity but conceded that it was clearly a great form of exercise judging by the shape he was in, to which Kyle replied, “Ma’am, you don’t get it, I don’t climb to stay in shape, in fact I’d still climb even if it made me fat. This isn’t a sport that I’ve chosen to play but rather a lifestyle that keeps me alive.” After years on the road, Kyle put roots down in his native Texas where he built and opened a 14,000 sqf climbing and fitness center as a way of sharing climbing and the lifestyle attached to it with the urban area of Dallas.

After establishing and developing a completely new community of climbers in Dallas that is at least 5,000 people strong, Kyle’s relentless desire to push the envelope and apply his skills in new and different applications led him to leave the gym business and accept a new adventure. Among other things, he is now a subject matter expert (SME) for Trident Response Group, an elite risk management firm in Dallas where he applies the skills he accrued over 25 years in the mountains and woods as a climber, guide, and adventurer in a very different but exciting arena.

Kyle is proud to continue his adventure with a trusted Camillus knife by his side and is humbled to be a part of this team.