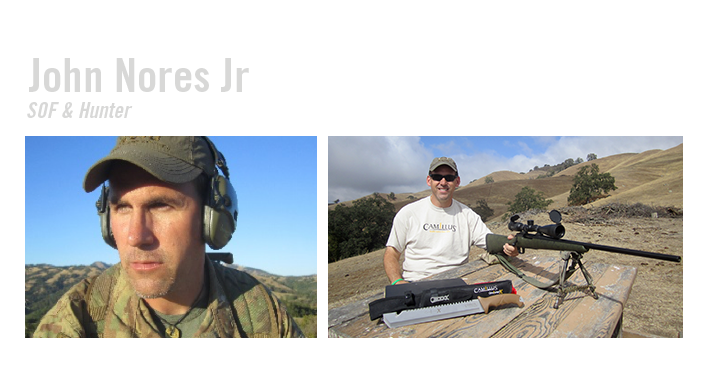 John became an outdoor enthusiast at an early age, and under the guidance of his father, he hunted for the first time when he was just 9.

With a love for wildlife and our nation’s wildlands, John earned a BS and MS degree from San Jose State University before becoming a game warden for the California Dept. of Fish and Wildlife in 1992. In 2005, John was promoted to Lieutenant, continuing his mission to protect and defend our nation’s wildlife resources. John has investigated environmental crime and wildlife resource destruction for the last 25 years, and was awarded the Governor’s Medal of Valor for lifesaving and leadership efforts in 2008. He’s received numerous other awards for valor, lifesaving, and distinguished service throughout his career. His first book, War in the Woods: Combating the Marijuana Cartels on America’s Public Lands, is currently in development for a feature film.

John has been a national and international conservation tactics instructor in addition to teaching rifle, handgun, shotgun, and both basic and advanced sniper craft for the last 20 years. John is a worldwide big game hunter, back packer, two time Baja Ironman ATV racer, and two time Ironman triathlete finisher.
John’s conservation-related outreach has generated financial support for the California Wildlife Officers Foundation since its inception, as he is dedicated to gaining support for conservation officers and their families worldwide.