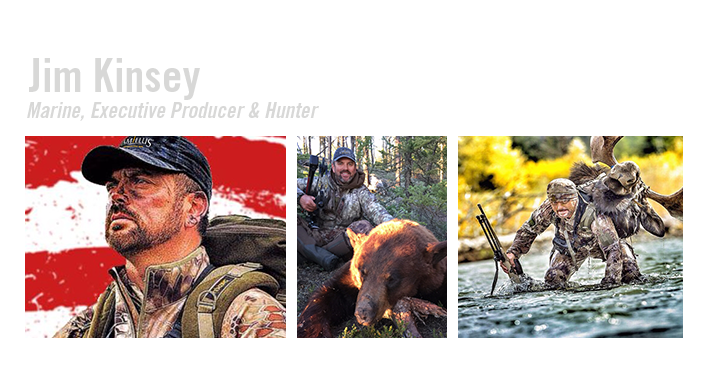 After serving four years in the Marine Corps as a aviation structural mechanic on the CH-53E and CH-46 helicopters, Jim moved back to his home in Western Montana and began to combine his love of the outdoors with cinematography.

Jim has been in the filming community now for over seventeen years and has contributed footage to clients needing unique content for their vision and broadcast productions, from feature films with Steve Baldwin to Nat Geo’s Ultimate Explorer, The History channel, Discovery, Animal Planet and everything in between. Jim’s “anything is possible attitude” has helped him win multiple video production awards in a variety of categories. His travels are among the most exciting destinations affording some of the most sought-after images on the planet.

Skull Bound TV is in its 5th season and is currently airing on the Sportsman Channel’s Big Game Wednesday Night. Skull Bound TV features host Jana Waller as she travels the globe in search of adventure, skulls and the world’s most interesting characters while promoting hunters as the true stewards of the land. Conservation is highlighted throughout the series and has been a huge part of the show’s success!

“My experience comes into play whether filming dangerous game hunts in the bush of Tanzania or stalking costal brown bears on the Alaskan peninsula. As an executive producer, I wanted to put out a series that resonates with people from all walks of life and I feel Skull Bound does just that!” -Jim Kinsey